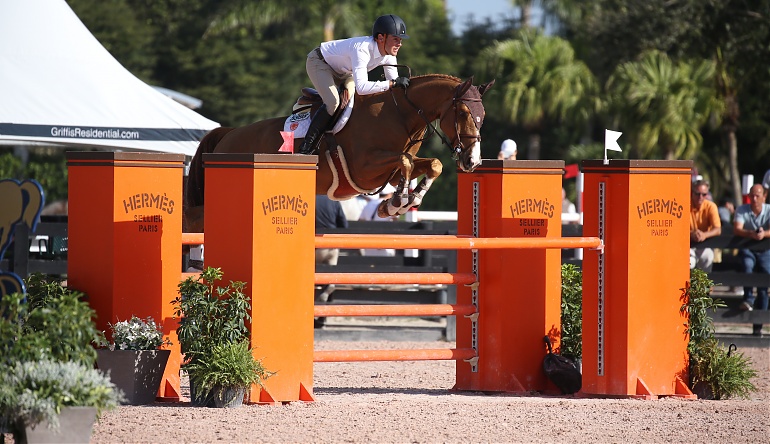 Ben fell in love with horses at a young age thanks to his parents. His family is very involved in the equestrian world: his father was part of the Canadian Team during the Olympic Games of Sydney in 2000 and his grandparents founded the Spruce Meadows show centre in Calgary.

After training in his parents’ stables in Calgary, he decided to move in Germany to work with Ludger Beerbaum. Ben was named Junior Rider of the year in 2010 and Jump Canada’s Athlete of the Month in August 2010 and May 2012.

At 19, Ben won his first ever 5* competition in Calgary and describes this victory as “the most inspiring and humbling moment”.

In 2014, Ben has been called to be part of the Canadian Team in the Nations Cup of Calgary CSIO5*, he performed one of the two double-clear of the competition that led Canada to victory.

His motto is “Feed the spirit and starve the ego”.