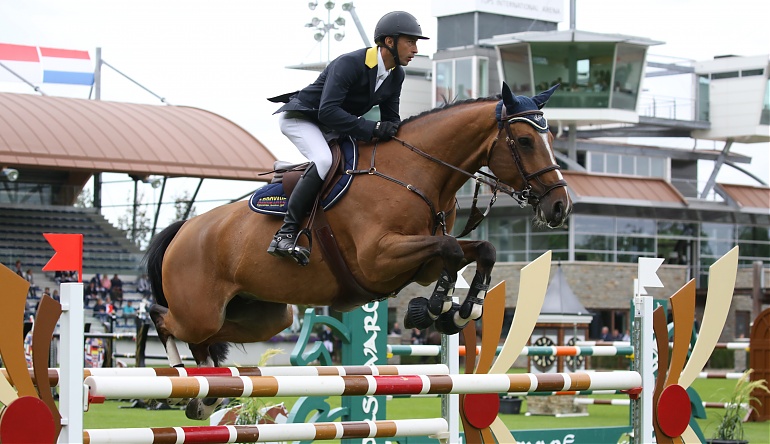 Coming from a Columbian farming family, Dayro used to ride his parents’ Creole horses with his older brother. He then started his career as jockey on a racetrack.

At around 16, he met a showjumping owner and Dayro tried to combine both disciplines before finally choosing show jumping as a career. At 22, he took the opportunity to move to Europe to become a professional rider.

Dayro mainly trained young horses in Spain before moving to Belgium where he continued to grow his success in the show jumping world. While training young horses is still very important to him, he also trained good horses to rose to the top level and was called to represent Colombia at the World Equestrian Games in 2014.

About winning, he said “I feel the desire to win all the time, no matter which horse I am with. I have always had this desire”.