Back to Prague Lions team page 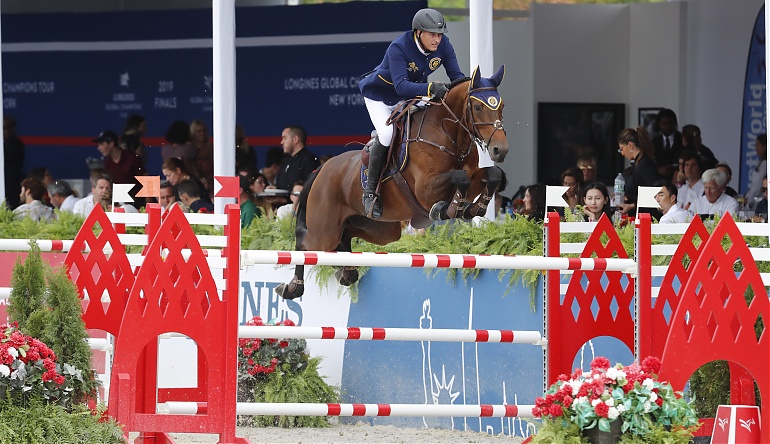 On his 10th birthday, Marc began to ride ponies at the stables where his parents were responsible for the catering. In 1997, Marc opened his own stable in Rouveen, Holland. Marc rode his first Nations Cup event in 2000. In 2008, Marc was a member of the 2008 Olympic Equestrian team for the Netherlands where his team finished in fourth place, while he finished seventh individually riding Sterrehof's Opium.

In 2008 Marc and his team mates became Dutch National Champions in Mierlo, Holland. Houtzager himself won an additional Silver medal at the event in the individual competition. In 2012 Marc qualified for the Olympic Games in London, this time with Sterrehof's Tamino, where he won an Olympic Silver medal after delivering a double-clear score for the Netherlands. In the same year as the Olympic Games in 2012, Marc won the Gucci Grand Prix in Paris and the World Cup in London Olympia.