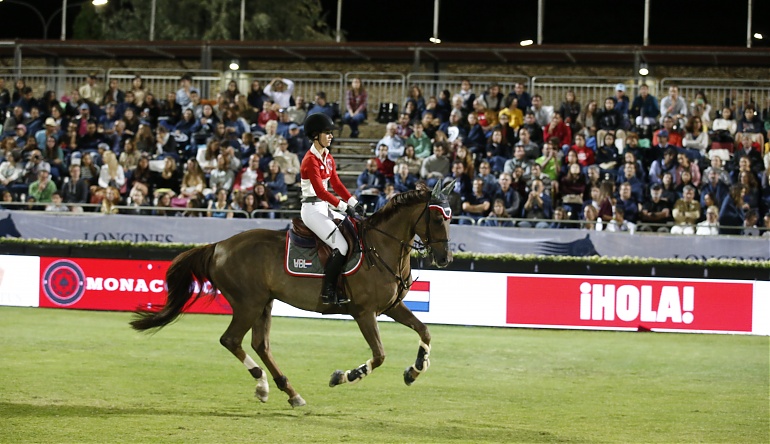 She is only 18, but Lisa Nooren already has a five-star Grand Prix win under her belt as well as a heavy load of medals from the under-21-Europeans all the way through the ranks counting from ponies to children to juniors. In 2013 she won double bronze at the Europeans for juniors on Zigo, and the year after at the Dutch Championships she took gold in both the junior and young rider division (becoming Dutch National Champion) riding Royalty des Isles and Flying Saucer.

When she won the five-star Grand Prix of La Coruna in December, she donated a part of her prize money to JustWorld International that she is an ambassador for. “Seeing as I had won such an amazing amount of money it seemed like the only appropriate thing to do was to share it,” Lisa said.

Her first childhood memories are from the horse back, sitting in front of her dad in the saddle. “Even when I was tiny, I was around in the stables."

This year sees Lisa as the U25 rider for team Monaco Aces.