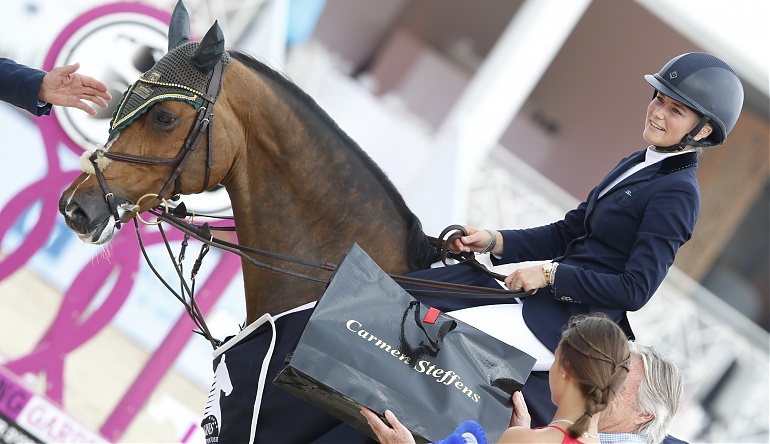 As a rider for the Dagobertshausen Equestrian Centre in central Germany, young German rider Nicola Pohl has received a first-rate education in show jumping sport. While working with renowned trainer Konrad Kugler, Nicola maintains an intensive international competition schedule and spent much of 2016 moving up the rankings at the CSI2* and 3* level.

Whether working at home with a young sale horse or a grand prix veteran, Nicola knows that rhythm and responsiveness are key to any effective horse and rider partnership.

After finishing school Nicola took a one year break to focus on her riding. Nicola now studies in Frankfurt International Business while competing at shows.