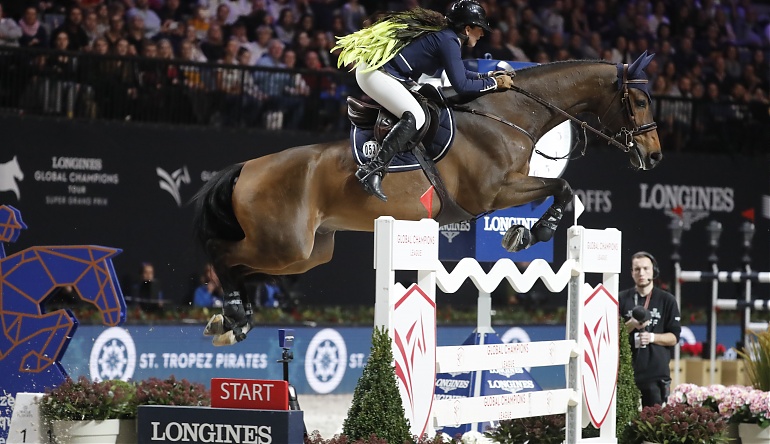 Born in the United States of America, Danielle became an Israeli citizen in 2010. Her love of riding came when she was invited to take a riding lesson by a friend when she was young girl. By age eight, she was taking lessons all through the summer.

Danielle currently competes nationally and internationally at the Grand Prix level. Danielle declared her professional status in 2012 after 15 years of riding, training, and winning at the top of the show jumping sport as a successful amateur and junior competitor. She competed in her first Grand Prix at the age of 16 and has won both Individual and Team Gold Medals in the North American Young Rider Championships. In 2010, Danielle acquired her Israeli citizenship and began competing under the Israeli flag. Her goal is to become the first female Israeli show jumper to compete at the Olympic Games.

In 2013 Danielle represented Israel in the European Championships and was became eligible to represent Israel in the 2014 World Equestrian Games in Normandy. Also in 2013, Danielle served as the chef d'equipe for the Gold Medal winning Israeli Jumping Team in the Maccabiah Games. Danielle is also the visionary behind Starwyn Farms and the International Equestrian Education program that is hosted at Starwyn Farms in conjunction with the FTI Winter Equestrian Festival.