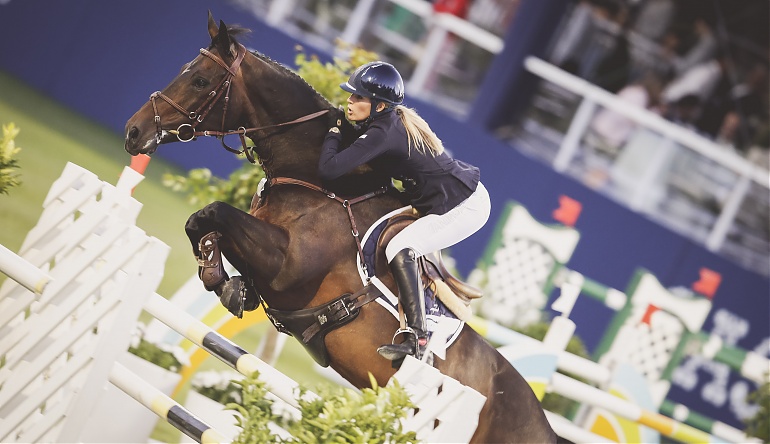 Born in Lyneham (Wiltshire), the United Kingdom, Jessica Mendoza began riding at the tender age of three. Since then she has become one of the brightest young talents in show jumping, and joins the team Miami Glory for the 2016 Global Champions League season.

At only 19 years of age, Jessica has represented Great Britain at senior international level at The European Showjumping Championships (2015) and in Nations Cups; and is already winning at Grand Prix level. Her next goal is to ride in the 2016 Olympics.

Following in the footsteps of other top riders, Jessica’s career started on the international pony circuit where she won numerous titles and was a highly successful Junior Showjumping rider, setting records and winning unequalled titles as a younger rider.

Stakes Are Raised As GCL Gallops To First European...