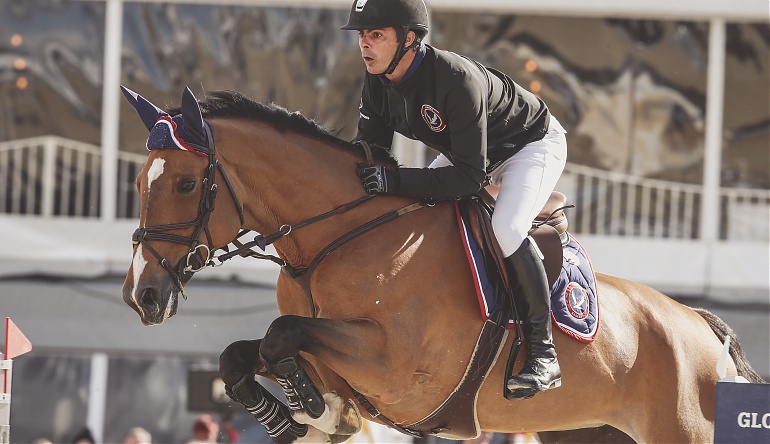 Three-time Olympic medal winner Rodrigo Pessoa began riding aged 4 with his father Nelson Pessoa, an Olympic level equestrian and show jumper. Now with over 70 Grand Prix victories and more than $7,000,000 in prize money to his name, the Brazilian star counts winning the World Championships in Rome in 1998 as his most memorable career moment.

He won the World Cup Final in 1998, 1999 and 2000 on Baloubet du Rouet, making him the first rider to claim victory at the event three times consecutively with the same horse.

His father and Ludger Beerbaum have been his biggest career influences, and his advice to other riders is to "keep going, no matter what." Special Envoy, Lianos and Baloubet have been his favourite horses.