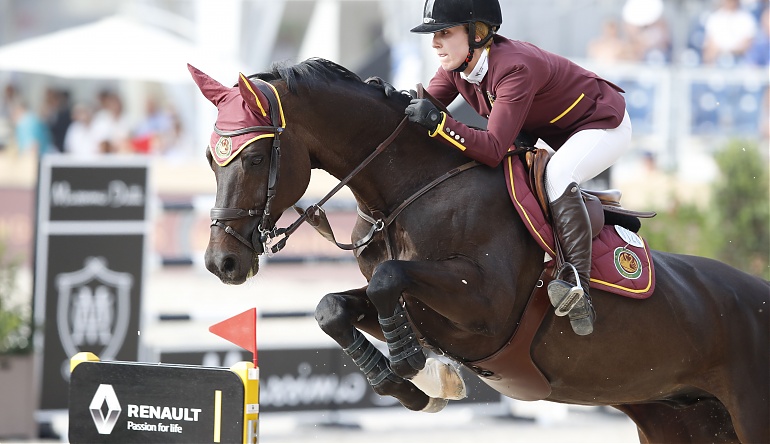 Born in London, Alexandra lived in the UK until she was 11 then moved to the USA and began competing seriously. Alexandra made a name for herself on the Florida circuit and when she attended school in France, she competed at European shows. Alexandra competed at the 2009 North American Young Riders Championship, Lexington where she finished 8th individually.

Her first big win came in 2010 when she was just 17, she became the first Junior rider to win the CSI2* Le Vaudreuil Grand Prix. In 2011, Alexandra switched from US to UK nationality and the following year she was selected for her first Senior Nations Cup appearance in Copenhagen. Alexandra and her mount Caballero 84 were the best of the British team performances with four faults. Alexandra trained with Norman Dello Joio in the USA and with Jan Tops in Europe.