Back to Paris Jets team page 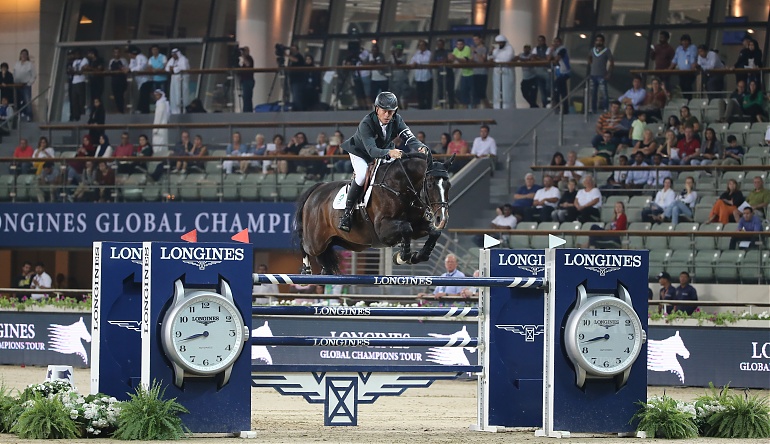 “I think it's a very exciting formula to have different riders who work together, stick together, and really focus that they are a team.” ~ Rolf-Göran Bengtsson ahead of the 2016 Global Champions League season ~

An individual Olympic Silver Medal winner, Rolf was originally educated to work as a mechanic, and combined this job with riding horses for nine years.

In 1986, horses became his full-time job and ten years later he left Sweden to work with Jan Tops in Holland, where he stayed until he and his business partner Bo Kristofferson moved to Breitenburg in 2003. Rolf had a sponsor relationship with Stud La Silla that came to an end early 2013. He then began riding for Lego-owner Kjeld Kirk Kristiansen’s team Stutteri Ask.

His motto of ‘always try to do your best’. Rolf is a regular on the Swedish international team and has represented his country in four Olympic Games, four World Championships, seven European Championships and qualified for and impressive nine FEI World Cup Finals. Rolf was Sweden's flag bearer at the opening ceremony of the 2012 Olympic Games, London

Competed in the 1996 Atlanta Olympics with Paradiso

Competed in the 2012 London Olympics with Casall ASK

4th Individually in the 2014 World Championships with Casall ASK