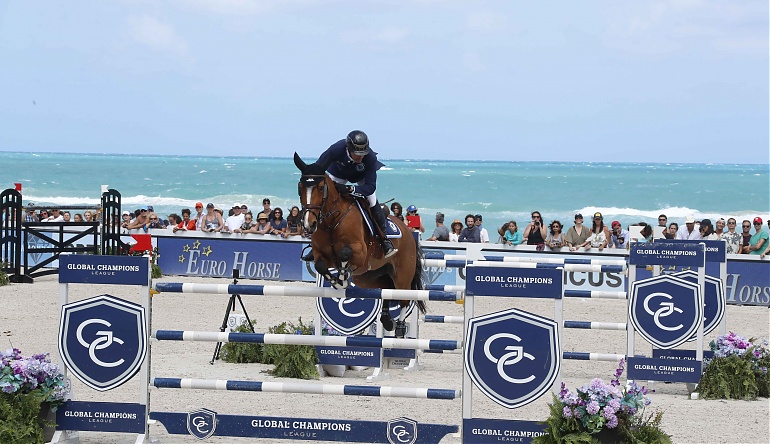 Eric was very successful as a Junior and Hunter rider, working with a number of top trainers including Roger Deslauriers, Jay Hayes and Hugh Graham. He became a working student for world-renowned coach George Morris in New Jersey, United States. His early work gave him experience as a catch rider, picking up rides on horses with which he was unfamiliar.

Eric began grand prix riding in 1992, working in exchange for the opportunity to ride. The same year, Eric was called up to the Canadian Equestrian Team. Eric has since represented Canada at five consecutive World Equestrian Games where he earned an Individual Bronze medal and his mount, Hickstead, was named ‘Best Horse’ (2010).

It was in his Olympic debut in 2008 where Eric won the Individual Gold medal riding the great Hickstead and helped Canada capture the team silver. At both the 2007 and 2011 editions of the Spruce Meadows “Masters” Tournament, Eric and Hickstead won the $1 million CN International. Before his tragic death at the Verona horse show in November of 2011,

Hickstead won several major Grand Prix titles including Geneva (2008), Aachen (2010), La Baule (2011), and Rome (2011). Partnered with Eric since he was seven years old, Hickstead won more than $3.75 million (Canadian) in prize money during his career and was widely acknowledged as the best show jumping horse of his era.

Competed in the 2012 Olympic Games