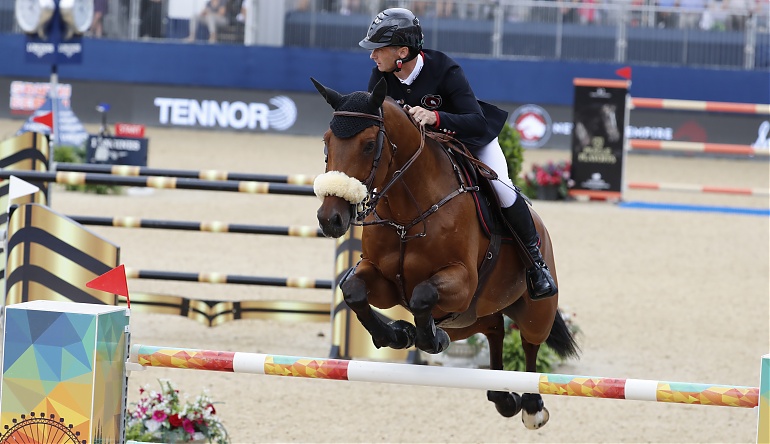 Denis Lynch’s equestrian career started with racehorses. He grew up in Tipperary, Ireland, where his grandfather taught him to ride as a young boy. Originally, he wanted to be a steeplechase jockey but as he grew up he became 'too tall and too heavy' to become a jockey. Instead he concentrated on show jumping.

In 1997, after working for Peter and Helena Weinberg for some years, he moved on to Munster, Germany, to the stable of the Kemper family and has enjoyed many years of success.

Winning the Grand Prix in Aachen is for him the most memorable moment in his career, which is strongly influenced by his sponsor Thomas Straumann. Denis’ motto is to 'never give up' and Lantinus is his best horse so far.

Competed in the 2008 Olympic Games

Competed in the 2011 European Championships

Glory for Brash and Lynch in Hamburg as Diamonds take series...