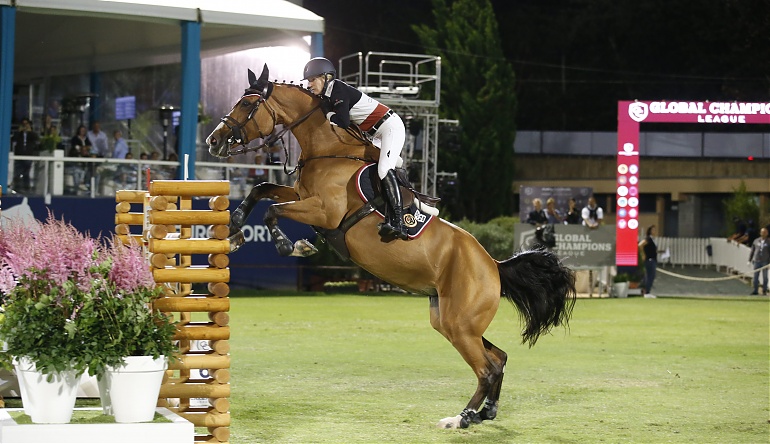 Kim grew up in Park City, Utah riding western, but fell in love with jumping, and moved east at the age of 16 to become a working student training with Katie Monahan Prudent and John Madden. She attended Drew University in NJ while working for the Leone family and returned to work as an assistant trainer with Ms. Prudent before starting her own show stable in 1998.

On the Grand Prix Circuit since she was 19, Kim has racked up plenty of experience in her career representing the United States Equestrian Team including numerous Nations Cups and dozens of top ten Grand Prix finishes from around the world. Throughout her career Kim has demonstrated an uncanny ability to select and train top horses for herself and her clients- Marlou, Couletto K. James, River, Conowara, Vegas, Madonna and South Beach to name just a few.

Kim has also made a mark in the world of equestrian television. She appeared on Animal Planet in the popular series Horse Power: Road to the Maclay, and is an expert equestrian analyst providing broadcast coverage for the World Sporthorse Championship series on Animal Planet as well as numerous events on NBC Sports Network.

Kim makes her home with her daughter, Lydia, who is a champion junior dog show handler on the national and international stage.