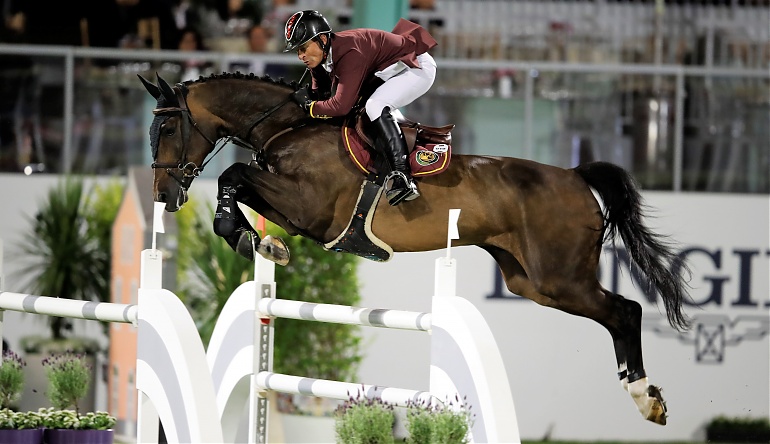 A Olympic Bronze and European Gold medal winner, Pius Schwizer began horseback riding at four and competing at eight, following in the footsteps of his father who was a former cavalry office and founder of the Riding Club Eich.

Pius has since represented his country in two Olympic Games, winning a Team Bronze in 2008, and four European Championships, winning Team Gold in 2009, and is a regular on the Swiss Nations Cup team.

Pius now counts winning the European Championship with his Swiss team among his greatest career achievements. Pius cites his strength as stamina, strong nerves and focus, while stating his weakness is having ‘sometimes too much energy’. His advice to other riders is to always respect each other, and he is very much looking forward to LGCT again this year.