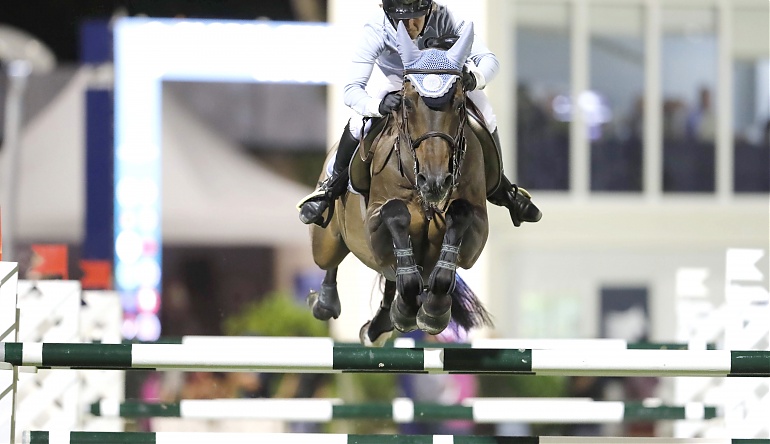 Originally from Germany, Katharina began competing for Ukraine in April 2005, however from January 2016, she decided to switch back to competing for Germany. A passionate rider, Katharina’s advice to aspiring show jumpers is to ‘try to live your dreams.’ Coming 4th at the World Championships in Aachen with her team in 2006 and winning at the Saut Hermes CSI5* in Paris (2012) are among her most memorable career moments to date, and some of her best performances are finishing 1st at the Olympic Trials in Aachen (2011), and 2nd at the Lyon CSI5* (2011).

In 2013 she won the Nations Cup of Rome with the Ukrainian team and she had wins in Hong Kong, Dortmund and Paris. The same year, having been based with Jochen Scherer for the previous 15 years, she set up on her own at Liane Muller's stables in Wipperfurth, Germany. In 2015 she moved to Guttecoven, Netherlands, with her own company called Katharina Offel Sporthorses. "My wish is to continue to compete at the top level just as I have done in the past, and I also look forward to developing younger horses as it is one of my biggest passions."