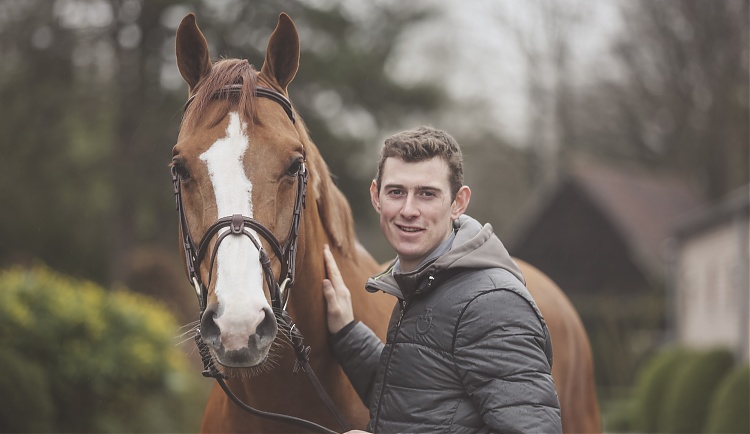 Jos Verlooy is one of show jumping's hottest young talents, with the 22 year old playing an instrumental role in helping his GCL team, the Diamonds, take last season's Championship title. We sat down with Belgium's brightest rising star for an exclusive insight into his formidable team, the biggest lessons he's learnt so far, and to explore just why the future is so exciting for the next generation of show jumping superstars...

2017 was a standout year for your team, finally winning the GCL Championship title - a task that your team had set out to do from the off...

Last year was very special. If the GCL concept didn’t exist I could never dream of standing on the same podium as Harrie [Smolders] or Eric [Lamaze]. It was really special as they were always riders that I looked up to when I was younger, so to share a victory or podium with them... Well it's something else. 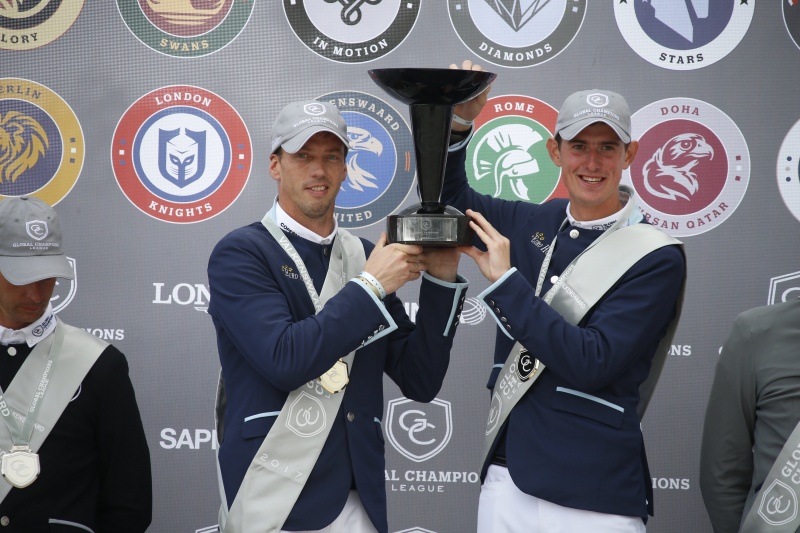 Photo: Jos with mentor and teammate Harrie Smolders on the podium

Your team, the Diamonds, had a pretty epic line up. Harrie Smolders, Eric Lamaze, Audrey Coulter, the legend that is John Whitaker... Beyond sharing podium moments with them what’s it like being on the same team; were you able to talk to them, did you get advice, did you learn things?

For a rider like me who is not as experienced as they are it’s unbelievable to be on a team with them. You always see what they do in the warm up, you share tips, but when you’re on the same team you learn without knowing all the smaller details. I’ve learnt so much, just from their experience.

Did John Whitaker ever tell you anything? He's a man of few words…

John never says much! Usually just ‘go and jump clear’! Ha! But being with him in the warm up, you can see a lot. Without knowing I learn.

There's a lot of camaraderie in our team. We would walk the course and discuss together the lines. If I jump first and the lines are different to how we expected, I would tell my teammate “it’s shorter than we thought” or “you have to be careful at that fence as it doesn’t jump as well as we thought…” These small things we share.

What do you feel is the most important lesson you learned last year?

That’s a hard question! I saw how the good riders react to success but also failure, how their characters are. I used to be - okay maybe still! - but I used to be very upset when I had one down. But to see how those riders just got on it with it, I've changed. Learning to control emotions is key.

How much opportunity does competing on GCL give U25 riders?

For a young rider it’s an amazing thing to do. You compete between the best riders in the world. You talk to them all day, at breakfast, at lunch… I’m someone who likes to ask questions, and just from those questions you learn things. From when they’re flat schooling their horse, to walking the course you can get advice and learn all day long at the shows. The Global is the top of the top, and so to be a young rider there it’s special to learn from all these great riders.

From jumping at shows like LGCT and GCL you get more experience. There’s pressure but it starts to go down as you become used to jumping the bigger tracks. You begin thinking differently. You become better at media as you do it more, and you get so much more experience, just by doing.

And you do it in some of the most iconic destinations on the planet...

The cities that we go to on Global are not normally places you would go to for show jumping! So it’s special to ride in Monaco, or under the Eiffel Tower in Paris. The places are amazing and it’s unbelievable to be there for a horse show. It’s unreal how you can organise a show on Miami Beach - you have to try to ignore it when you compete and focus on the job, but it’s incredible that the sea is just two metres from the ring. 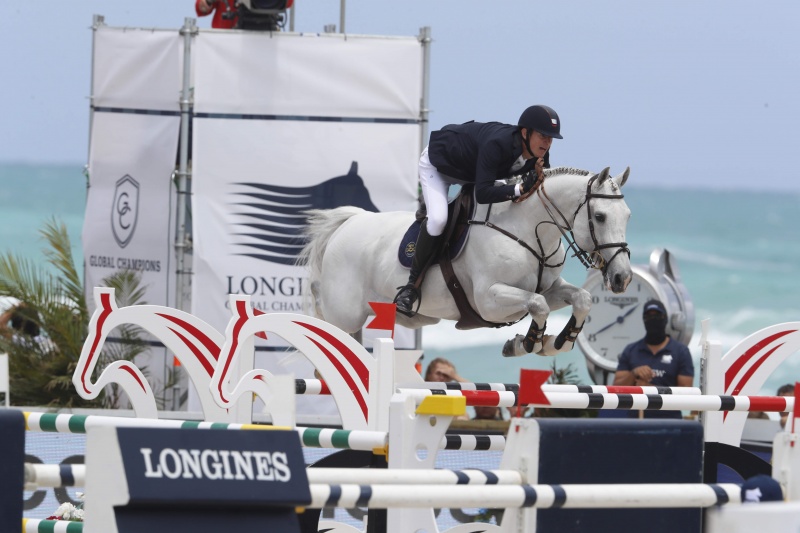 There’s been a long-standing GCL team rivalry between Diamonds and United, and your best friend Bertram Allen who is in the opposing team...

In every team we have friends, but it’s serious. For sure the last two years United and the Diamonds were extremely competitive, but I think the teams are getting stronger and stronger - and it’s going to keep heading that way. Within five years, I think the GCL title will be one of the biggest in the sport.

Word on the street is that this year we’ll see even more top riders in teams and there are going to be some pretty formidable combinations. Who have you got your eye on?

I’ve heard rumours of a few teams already who are very, very strong. I’m sure United will be strong again, and I know our team is a good one. I think this year will be even harder than the last two years  - the riders are very serious about it and the owners behind the teams want to win. Every good rider will bring their top horses again, and there will be lots of excitement around the Playoffs.

Indeed, the GCL Playoffs in Prague this December will be no mean feat...

It’s going to be very exciting and that’s why I say the riders and owners will be very motivated to bring their best horses. The whole concept is getting better and better. I’m really looking forward to seeing how it’s going to develop and I think the Playoffs are a very good idea. 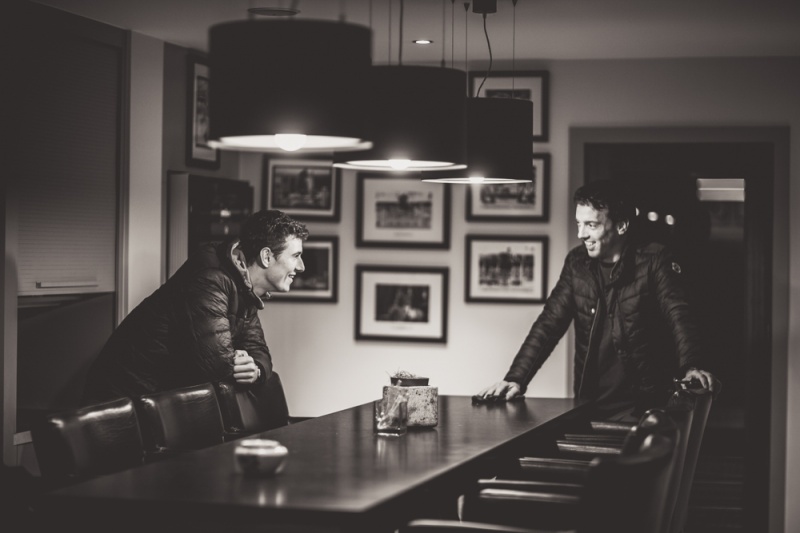 Photo: Jos at home with Harrie in Belgium

Although you're still an U25 rider this year, you've had plenty of experience in the world of show jumping. What's your vision for your future, and the future of the sport?

It’s more and more like the Global way. It’s where the top riders want to be. The shows are the highest level. I think the Global is bringing the sport to a new level and it will be interesting for my future in show jumping. It’s making it even more special and bringing more excitement.

What's the best piece of advice you've been given so far in your career?

That you always have to look forwards and not back, and it’s something Harrie [Smolders] taught me. When I come out of the ring after a bad round I start thinking what I should change. You have to always keep working to improve - you’re not defined by your last round. Always think what could be better, and believe that the next time you will do it better.