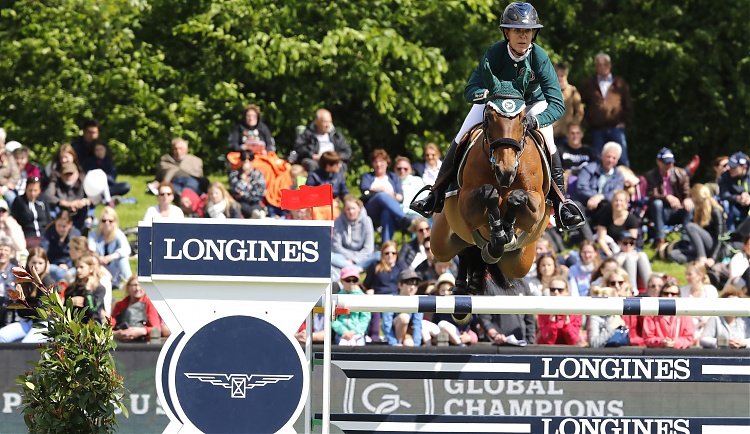 Global Champions League teams are throwing down the gauntlet in Chantilly with top combinations heading up the charge for what could be a pivotal 10th leg of the Championship.

The startlist for Round 1 clearly demonstrates tactics are at the forefronts of the teams’ minds, with several formidable pairings deployed to shake up the leaderboard before the season heads into it’s final five events.

Current leaders Valkenswaard United will be fielding the power-combination of Marcus Ehning and Alberto Zorzi, with the team on 170 points overall and looking to extend their knife-edge lead. Hamburg Diamonds will also field heavy-weight duo Harrie Smolders and John Whitaker, with the team on a tally of 166 points overall and just four away from the reigning Champions, Valkenswaard United. Keen to make up the points difference from last weekend will be third place team, St Tropez Pirates, who bring out the tried and tested team of Simon Delestre and Jerome Guery, the same pairing who propelled the Pirates to the win in Paris just a few weeks ago.

But all across the grid, some of the biggest names in the sport will be in action for their teams, including World Number 1 Kent Farrington (London Knights), Ludger Beerbaum (Cannes Stars), Christian Ahlmann (Mexico Amigos) and Roger-Yves Bost (Shanghai Swans).

Fresh from the green grass of Cascais, teams will head to the equally expansive arena set in the heart of the ‘Capital of the Horse', in front of the exquisite Chateau de Chantilly. Teams will face a strong test from Uliano Vezzani, with valuable ranking points at stake, and tactics will come into play as teams bring out horses suited to this unique location, featuring galloping distances and wide open spaces. Fans will be intently watching to see which teams switch horses and riders between the rounds, in a strategy that is being used more and more as the series intensifies.

Home team Chantilly Pegasus will bring out star strikers, Lauren Hough and Sergio Alvarez Moya, with the green and gold team hoping to fly high with the support of the local crowd. Madrid in Motion will also pull out all the stops, with Dutch duo Maikel van der Vleuten and Leopold van Asten joining forces for leg 10 of the Championship, while Doha Fursan Qatar will keep the ever-consistent combination of Sheikh Ali Bin Khalid Al Thani and Bassem Hassan Mohammed.

Vienna Eagles will be hoping to soar with Gregory Wathelet and Niels Bruynseels taking over the reigns for this leg of the series race, while ones to watch will be the Rome Gladiators who bring out formidable duo Lorenzo de Luca and Laura Kraut, with the added bonus of being drawn last to go in the starting order.

All the action kicks off at 16:30 local time, with the competition streamed live on GCL TV and via Facebook Live. For the full team listings, please click here.