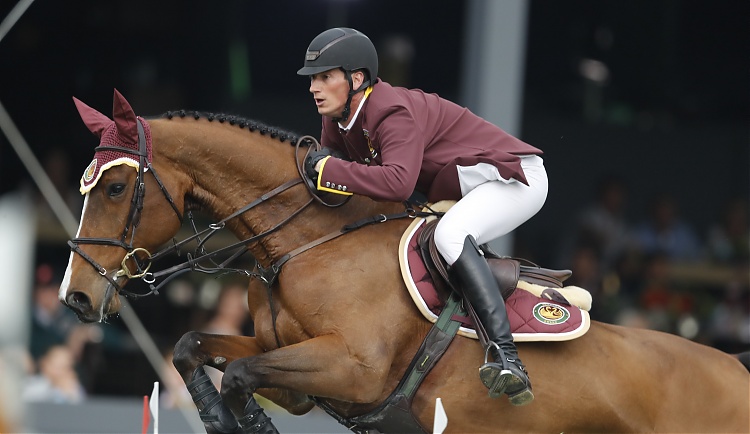 Powerful combinations of top riders will be in action at the third leg of the Global Champions League as teams reveal the athletes for the first round of competition.

The cavalcade of show jumping stars in action at the GCL in Shanghai underlines the fiercely tactical decisions being made about which riders and horses are fielded at different events for maximum advantage.

With the 2017 ranking already tight at the top, it is clear many teams are fully focused on going all out for an early advantage at this stage in the season championship. Several teams are fielding heavyweight pairs, with several of the world’s top riders teaming up together for the first time.

Multiple Olympic medallist Ludger Beerbaum will team up with Marco Kutscher for the Cannes Stars to make his debut in the GCL. The team is currently in 9th place after the opening legs in Mexico City and Miami Beach and it will be fascinating to see how the two heavyweights impact on their ranking position over the weekend in Shanghai.

Ludger said: "This will be the first time I ride in the team here in Shanghai. I'm really looking forward to it; I hope I can give a good input to our team. Marco has done that already, also last year and at the first two legs, so it's time for me to bring something in! It's a very positive new input, and new approach to the whole scene. The team competition is really exciting, and gives new energy and [allows] new people to come in. I think it's very positive."

They will be facing a determined challenge from the formidable duo of Christian Ahlmann and Henrik von Eckermann who will be teaming up together for the first time in the new Mexico Amigos team and are currently in 11th place in the ranking.

Current GCL ranking leaders Valkenswaard United have made the strategic decision to stick with the consistently impressive duo of Bertram Allen and Alberto Zorzi. Sitting on 55 points overall, they are 8 points ahead of the London Knights and will face Ben Maher and Eduardo Menezes in the 60m x 80m sand arena in Shanghai. Fresh from a victory in Miami Beach, the red, white and blue London Knights combo will be set on knocking the current leaders off the top spot. Just one point behind sit the St Tropez Pirates and fans will see a debut combination of Simon Delestre with compatriot Julien Epaillard.

Home team Shanghai Swans will also be rolling out the big guns with World No3 Daniel Deusser and Roger-Yves Bost joining forces. Popular veteran John Whitaker, now with the Hamburg Diamonds, is teamed up with Jos Verlooy and despite the 40-year age gap the fresh combination could prove dynamite.

Nicola Philippaerts will team up with Lauren Hough for the first time this season for the Chantilly Pegasus, currently 4th in the overall ranking. Rome Gladiators will deploy in-form Lorenzo de Luca alongside top American rider Laura Kraut. Vienna Eagles will field an all-Belgian team consisting of anchor Gregory Wathelet and Niels Bruynseels.

Max Kuhner and Anna Kellnerova will team up once more for the Berlin Lions, while close friends Jack Hardin Towell and Darragh Kenny will unite for the Paris Panthers. The Monaco Aces will field Daniel Bluman and Danielle Goldstein in the unfolding, high-octane battle for the GCL Championship.

In the shadow of Shanghai’s skyscrapers, in one of China’s most dynamic cities, the Global Champions League will explode into action tomorrow and on Saturday when the final of the Shanghai leg is  series will played out in front of thousands of local spectators and TV and digital audiences worldwide.

All the action will be available to watch via the live streaming platform, GCL TV. For all timing and information, please click here.