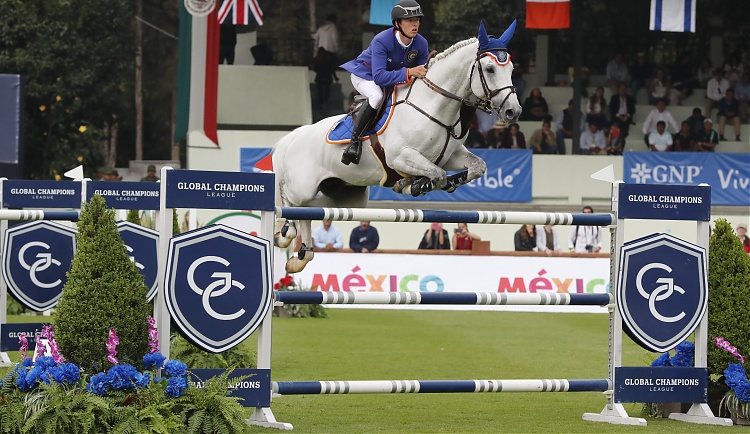 The 2017 Global Champions League season kicked off in style at the magificent venue of Mexico City. Reigning Champions Valkenswaard United got the defence of their title off to the best possible start after Alberto Zorzi and Bertram Allen produced masterful clear rounds around a tough track to leave their team in pole position going into Saturday’s second leg.

The eagerly awaited first leg of the Global Champions League didn’t disappoint with poles flying all over the beautiful manicured lawn of the Campo Marte but it was Alberto, a new member of Valkenswaard United this year, and Bertram, who looked in imperious form as they laid down a marker for the rest of the teams.

Bertram’s clear was a testament to his prodigious talent as he used all the skill and experience of his 21 years to ensure Hector, who was raring to go, bucking his way around Uliano Vezzani’s track, to successfully leave the fences in tact.