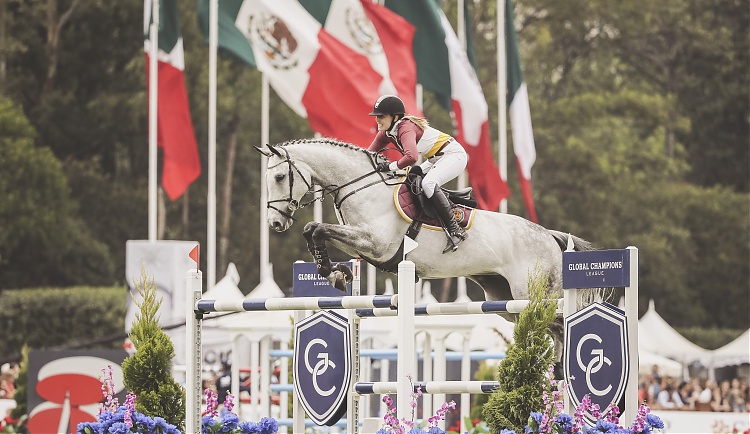 Countdown is on to magical Mexico City

The countdown is on to the start of the second Global Champions League season, with the magical Mexico City kicking off the action-packed show jumping series in style this April. Last year saw over 20,000 fans across the event weekend flock to the stunning setting of Campo Marte to watch their heroes battle it out in the picture perfect grass arena, as the spectacular city made its debut on the circuit following a strategic expansion across the Americas.

Renowned in Mexico as an equestrian venue, the Campo Marte arena is situated next to the National Auditorium in Chapultepec Park in Mexico City, located in the Avenue Paseo de la Reforma, previously hosting Olympic Games dressage and individual jumping events. This year, the beautiful venue will be the launch pad for what promises to be another thrilling season of world class sport, as four days of show jumping will take centre stage from the 6th - 9th April.

The countdown is on and in anticipation of this sensational opening event, the second instalment of the 2016 GCL Highlights - GCL Mexico City - is now available to view online. Re-live the magic of the second showdown, as the Shanghai Swans’ duo of Edwina Tops-Alexander (AUS) and Janne-Friederike Meyer (GER) glided to the win after a challenging course. Young Dutch star Kevin Jochems (NED) and French maestro Roger-Yves Bost (FRA) put in a stunning performance to take second for the Cannes Stars, and Monaco Aces’ team of Maikel van der Vleuten (NED) and Leopold van Asten (NED) took over the overall GCL rankings.

Tickets for the GCL Mexico City will be on sale from early March - if you’d like to get the latest GCL Mexico City news and ticket information straight to your inbox, sign up here.