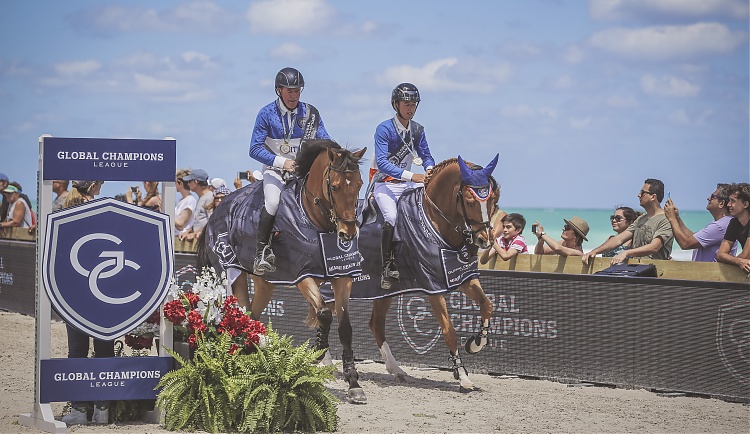 Broadcast around the world on TV channels internationally, including CNBC, the highlights programme showcases each GCL competition, telling the story of the Championship battle as the season unfolded at 15 unique and iconic destinations around the globe. Behind the scenes content, exclusive interviews and features, and of course all the in-arena action as the world's best battle it out at the world's premier show jumping series is packed into a 26 minute programme and are now available to view online.

The first leg of the 15-event series saw the highly anticipated debut of the League, with 12 teams taking to the sands of Miami Beach to make history at the inaugural event. Watch how the Valkenswaard United stamped their mark on the competition after John Whitaker (GBR) and Bertram Allen (IRL) put in a stunning display of horsemanship to win the debut event, uniting for the first time in history and making the 40 years in age difference between them work to their team’s advantage. Stay tuned for the next instalment, GCL Mexico City...