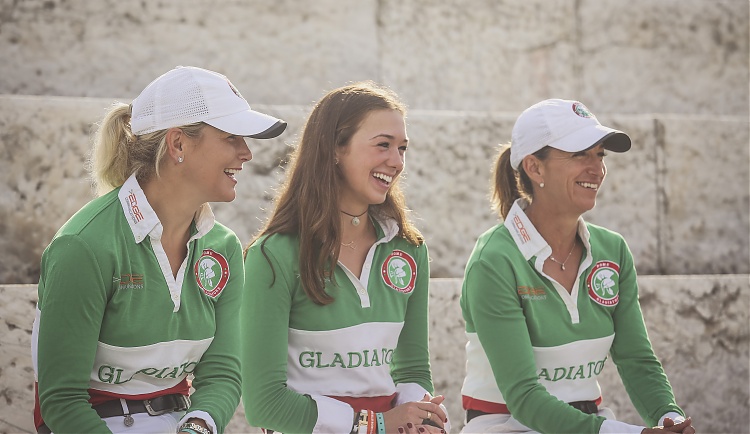 As the temperature rose in Rome the starting grid for the Global Champions League was revealed today, with the rivalry between Ranking Leaders Valkenswaard United and Antwerp Diamonds reaching new heights. Young talent Jos Verlooy of the Diamonds was the first to throw down the gauntlet, stating: “Let Valkenswaard United lead for now, we’ll see who’s smiling after Doha!" With a wafer-thin 1.5 points difference in the overall ranking lead, it would seem that fortune favours the bold, as Antwerp Diamonds were drawn last to sit in pole position ahead of the competition.

Home team, the Rome Gladiators, are currently in 4th and have the potential to rocket up the rankings with a strong result on home turf. Speaking about her team Laura Kraut said: “The team spirit with us is fantastic. With us it’s been there right from the beginning, and all of us have worked well together.” And team spirit will be the order of the day as the Gladiators will be calling on the passionate local crowd to cheer them around the competition, looking for support from their home crowd.

Leaders Valkenswaard United drew 8th to go, just behind Monaco Aces in 7th who currently sit third in the overall Championship. Drawing the short straw were the Cascais Charms and Cannes Stars, with the Shanghai Swans and Vienna Eagles also taking positions at the sharp end of the grid.

The action kicks off this Sunday at 15:30 local time - you can watch all the action live via our GCL website, or click here to check out the international broadcast schedule.

The full starting grid for Sunday’s Global Champions League of Rome is as follows: