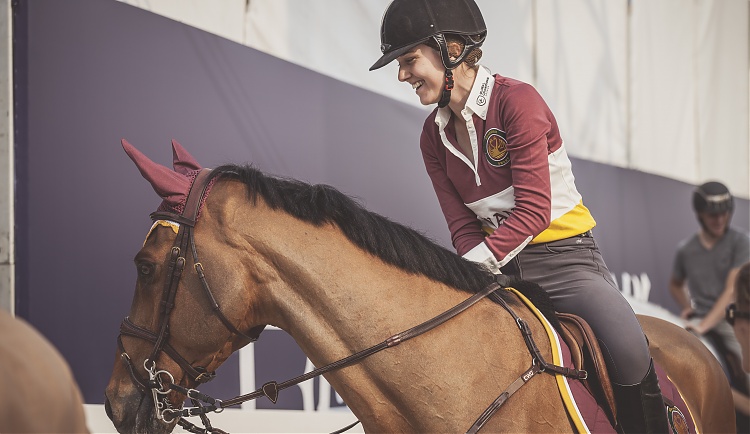 The scene is set for the fourth edition of the Global Champions League, with the promise of another round of high-adrenaline action and sporting entertainment as anticipation mounts in the season Championship. Just three points separate the top three teams, with ranking leader Antwerp Diamonds clear of joint second place teams, Valkenswaard United and Monaco Aces.

The Shanghai leg of the series will see some exciting new combinations teaming up for the first time in the Championship. Last weekend’s winners, and current Ranking leaders, Antwerp Diamonds will field a whole new combination of Katharina Offel and Marc Houtzager, with both riders debuting on the League for the first time this season. The pressure will be on for a strong performance for the duo, with Jos, Audrey and Harrie no doubt watching the action from their base in Europe. Home favourites Shanghai Swans will field their two U25 riders, Jessica Springsteen competing for the team once more alongside Alexandra Thornton, who will be riding for the first time this season.

The Monaco Aces will feature their intimidating combination of Leopold van Asten and Maikel van der Vleuten, a duo who were placed third in Mexico City and contributed to the team briefly holding the ranking lead. Doha Fursan Qatar has put forward their consistently strong anchor rider, Sheikh Ali Bin Khalid Al Thani alongside Faleh Al Alajami, a combination first shown at the debut in Miami Beach. Likewise, the impressive combination of Gregory Wathelet and Olivier Philippaerts will showcase experience and talent for the mighty Paris Jets, ensuring they’ll be ones to watch this Sunday. Laura Renwick and Jack Hardin Towell will feature for Rome Gladiators and an all-American line up of Kent Farrington and Kimberly Prince will feature for Miami Glory, with Kim making her League debut in the Shanghai arena.

Casks Charms will see U25 rider Andreas Kreuzer feature for the first time, alongside David Will, who looks to be on form this weekend after a strong showing in the opening LGCT CSI5* class on Friday. Valkenswaard United sees Alberto Zorzi and Eduardo Menezes line up to represent the team for the first time, and as they sit just two points from ranking leader Antwerp Diamonds, the pressure will be on for a top result on Sunday. Cannes Stars sees Marco Kutscher return once more, following his debut in Antwerp, and Roosje Brouwer will take to the arena for her first taste of team competition in Shanghai.

Earlier today the official draw was held on site, as the riders and enthusiastic local media watched on. The order for Sunday’s event will be as follows:

This weekend will see Madrid in Motion forfeit the competition, missing out on valuable points in the Championship.