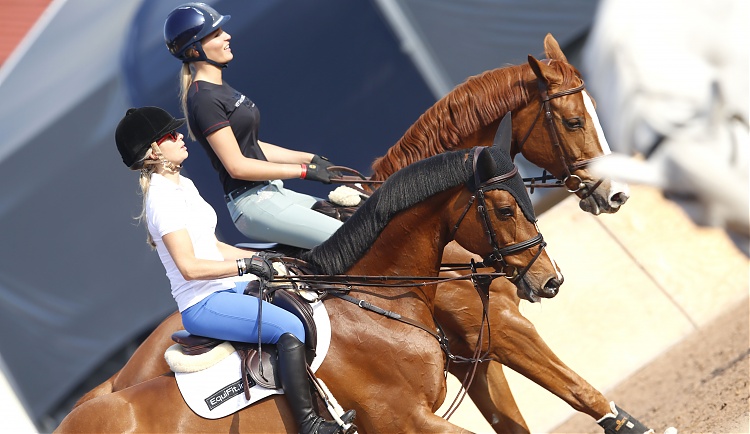 The world’s top riders are gearing up for another high stakes round of the new Global Champions League team competition with the chase on to beat current leaders, Valkenswaard United.

We caught up with leading riders at the spectacular new Mexico City venue for the championship as they look ahead to Sunday’s second team competition of 2016. Top riders from different countries will be united in the same team adding a unique dynamic to the sport.

Roger-Yves Bost (FRA) is one of the star riders of the Cannes Stars team and said: “I think it is going to be good and we have a team with different countries and two riders less than 25 years old which is good to have the young ones.”

Ben Maher (GBR) is on the Shanghai Swans team and said: “As the popularity grows the fans start to follow their favourite team and their favourite riders and it will help grow the sport to a wider audience."

Currently Valkenswaard United are at the top of the ranking after victory in the first competition in Miami Beach and they are closely followed by Antwerp Diamonds. Today the draw for the second leg took place at the Campo Marte showground in Mexico City. Event co-organiser Alvaro Arrieta Konyay said: "We are very very proud because for the first time the Global Champions League comes to Mexico, and some of the best riders in the world are joining this fantastic competition here."

The team starting order as follows:

Shanghai Swans rider Edwina Tops-Alexander (AUS) will be riding in her first GCL competition this Sunday with Janne-Friederike Meyer (GER) and said: “We have a great team. We’re a really supportive team giving each other that strength and the confidence to do the best we can. We are going to make mistakes, it is going to happen to all of us, to make everyone feel that it’s ok.  We had so much fun last weekend, the turnout was incredible."

“I’m looking forward to riding with Janne, and Jessie of course, Alexandra for sure. She has some great horses. And Ben. For me it is a fantastic opportunity to ride with these wonderful riders. For fans there are so many opportunities for someone to follow any team they’d like. To follow them around the world.”

Jessica Mendoza (GBR) of team Miami Glory said: “Competing in the League is something amazing. It is something new to the sport and to be able to compete (on a team) with people not from your country because we have three Americans and Scott (GBR) so it is nice to have that mix and it’s going to be great for the sport.”

Danielle Goldstein (ISR) of the Vienna Eagles team said: “I think it is amazing. I think the sport needs to evolve and it’s great for creating team spirit and bringing different nations together. It’s another great thing to add to the sport and it’s really the future.”

Bassem Hassan Mohammed (QAT) of team Doha Fursan Qatar said: “I think it is something really interesting and in a few more years it is going to be really big.”