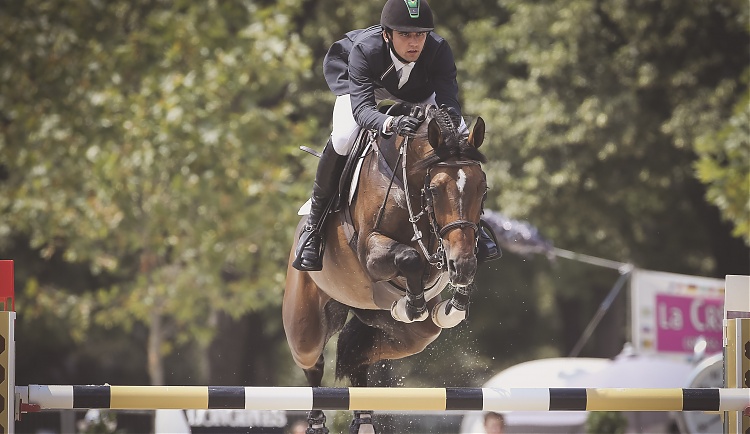 The new 2016 calendar sees the circuit make a further strategic expansion across the American continent with the addition of a spectacular new event in Mexico City. Mexico City will join the dynamic destinations of the world’s premier show jumping series, featuring at total of 15 events this year, including Miami Beach, Rome, Shanghai, Monaco and Doha.

The new Global Champions League team competitions will take place at every Longines Global Champions Tour event. Olympic and World Champions will be in action every Friday, competing in teams made up of different nationalities in a unique new format. Top riders have predicted that the innovative new competitions will inject fresh excitement for fans and TV audiences worldwide with team rivalries, tactics and alliances energising the sport. The GCL has committed to adhering to the highest standards of horse welfare and integrity of competition, in keeping with the highly regarded equine care at all LGCT events.

Teams competing in the new Global Champions League will be battling for a share of a €7.5 million prize purse, including an overall bonus to be shared at the end of the season in Doha, Qatar.

Jan Tops, Founder and President of Longines Global Champions Tour, said: “It’s an extremely exciting time to be in show jumping and I look forward to welcoming Mexico City to our list of fantastic destinations worldwide in 2016. We will continue to invest in our sport to bring show jumping to wider audiences and to more cities around the world so that it is accessible to more and more people who can see the best athletes in action. Our expansion in the Americas will continue to grow our audience where there is a particularly strong interest in equestrian sport. This year will be fundamental in the progression of show jumping as we push the boundaries of innovation and development for our fans who watch on TV, online and as spectators.”

2016 will see a total of 15 events, with further details for London or Paris to be confirmed shortly. 2015 saw positive growth for show jumping with more fans watching the sport, including over one million fans viewing LGCT events live on our online streaming platform over the course of the year. Combining world-class horses and athletes with a clear passion for show jumping, Longines Global Champions Tour events attract fans from all over the globe and high profile figures from the worlds of business, entertainment, sport and culture. The 2015 season saw increased TV distribution with more TV channels covering the events live including Eurosport and BeIN Sports, and major international networks including CNN, CNBC and Bloomberg featuring news and special highlights features. Building on this success, coverage of the 2016 season will again be distributed to more TV and online audiences across the world.

For the second year in a row, Miami Beach, USA will be the spectacular launch pad kicking off from the 7th - 9th April. The world’s best horses and riders will again join the American calendar of art, fashion and music events that make Miami Beach one of the world’s most exciting destinations today. This first leg of the Tour will mark the debut of the revolutionary new Global Champions League team competition, running alongside all 2016 LGCT events.

Hot on its heels, the show jumping action heads south to Mexico City which will make its debut at the grassy arena of Campo Marte on 14th - 16th April, welcoming new audiences to top sporting action and entertainment. Campo Marte is an equestrian venue located in the Avenue Paseo de la Reforma, next to the National Auditorium in Chapultepec Park, in Mexico City, which previously hosted Olympic Games dressage and individual jumping events.

The diamond city of Antwerp, Belgium, returns for a third consecutive year from 20th - 23rd April. Shanghai, China, a new addition to the Tour in 2014, will host the 4th round of the 2016 Championship from 29th April - 1st May and has become one of the most prominent and popular equestrian events in Asia. As the season picks up speed, top action will again unfold at the dramatic floodlit outdoor arena next to the China Art Pavilion in Shanghai’s World Expo Park.

The Tour then returns to Europe, beginning in Hamburg, Germany, on 4th - 7th May before moving to Madrid, Spain for 20th - 22nd May, which last year saw tens of thousands of fans watch Luciana Diniz claim the first of several Grand Prix victories.

Next comes three events at a fast pace beginning with the iconic Chantilly from 26th - 29th May. The stunning French Riviera and Cannes is quick to follow from 9th - 11th June, before the ‘Formula One’ of show jumping pit-stops in glamorous Monaco from 23rd - 25th June for the 9th round of the season at the iconic Port Hercule.

With the race for the Championship set to be at full gallop, July will see an event in Paris (1st - 3rd July) or London (22nd - 24th July). In the same month the Tour returns to the ever-popular Portuguese Riviera of Cascais, Estoril from 7th - 9th July for the next stage on the circuit. This will be followed by the stunning home event of the Tour at Tops International Arena in Valkenswaard, The Netherlands from 4th - 7th August.

Following a sensational 'standing room only' debut in 2015, The Eternal City will once more host the best horses and riders in the world as Rome, Italy, takes place from 9th - 11th September, at the Stadio De Marmi ringed by magnificent marble statues. Historic Vienna, Austria, will see another hotly-contested battle as riders jostle for ranking points before the final leg during 15th - 18th September.

State-of-the-art Al Shaqab in Qatar’s capital, Doha, will once more take centre stage for the high stakes championship climax from 3rd - 5th November as what promises to be an incredible 2016 season comes to a close.