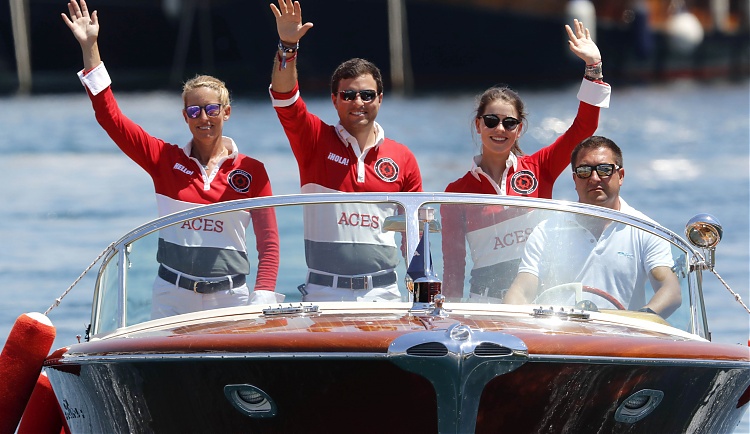 GCL Ranking leaders and home team Monaco Aces came up trumps in today’s League draw, with the combination of Daniel Bluman and Lisa Nooren last to go in the team competition this coming Sunday. Taking the much desired 12th place, the team will have the benefit of watching the riders from the 11 other teams complete the course first, with the pair able to see what risks will work and where shortcuts could be chanced.

Antwerp Diamonds drew the short straw, with Audrey Coulter and Jos Verlooy first to go, followed by Pilar Lucrecia Cordon and Philip Houston of the Cascais Charms. Former Ranking leaders and 2nd place team Valkenswaard United were drawn third to go, with Bertram Allen and Eduardo Menezes chomping at the bit for the 9th round of competition this weekend.

Also in prime position were Doha Fursan Qatar riders, Bassem Hassan Mohammed and Faleh Al Ajami who will start in 11th place overall, and the Paris Jets combination of Rolf-Göran Bengtsson and Nicola Philippaerts will kick off their competition in 10th to go.

The full starting order is as follows: