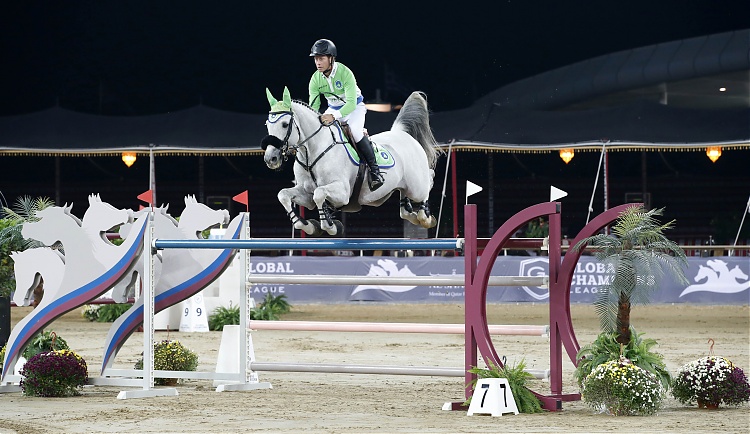 A dramatic first round of the final of the first-ever Global Champions League season left only two teams in contention for the overall title after a shock exit by one of the favourites.

Monaco Aces have dropped out of the title race after Daniel Bluman and Apardi clocked up 12 faults despite team mate Leopold van Asten’s clear round on VDL Groep Miss Untouchable.

The first round result means Antwerp Diamonds and Valkenswaard United will face off in the second round for the lion’s share of the €4.5 million Global Champions League 2016 season bonus prize money. Antwerp Diamonds had four faults in the first round from Harrie Smolders, although his compatriot Jos Verlooy jumped clear.

In another shock in the thrilling team competition John Whitaker and Bertram Allen clocked up four faults each leaving the team just scraping into the second round.

Only eight teams go into the second round. Rolf-Goran Bengtsson and Nicola Philippaerts of Paris Jets performed top class clear rounds leaving them with an enviable clean sheet going into round two. Laura Kraut and Laura Renwick of Rome Gladiators also pulled off clear rounds under intense pressure leaving them on a zero score.

After 15 legs in the inaugural season of the innovative team competition, the final round will play out on the magnificent stage of Al Shaqab in Doha, Qatar.